How to house and toilet train puppies and adult dogs 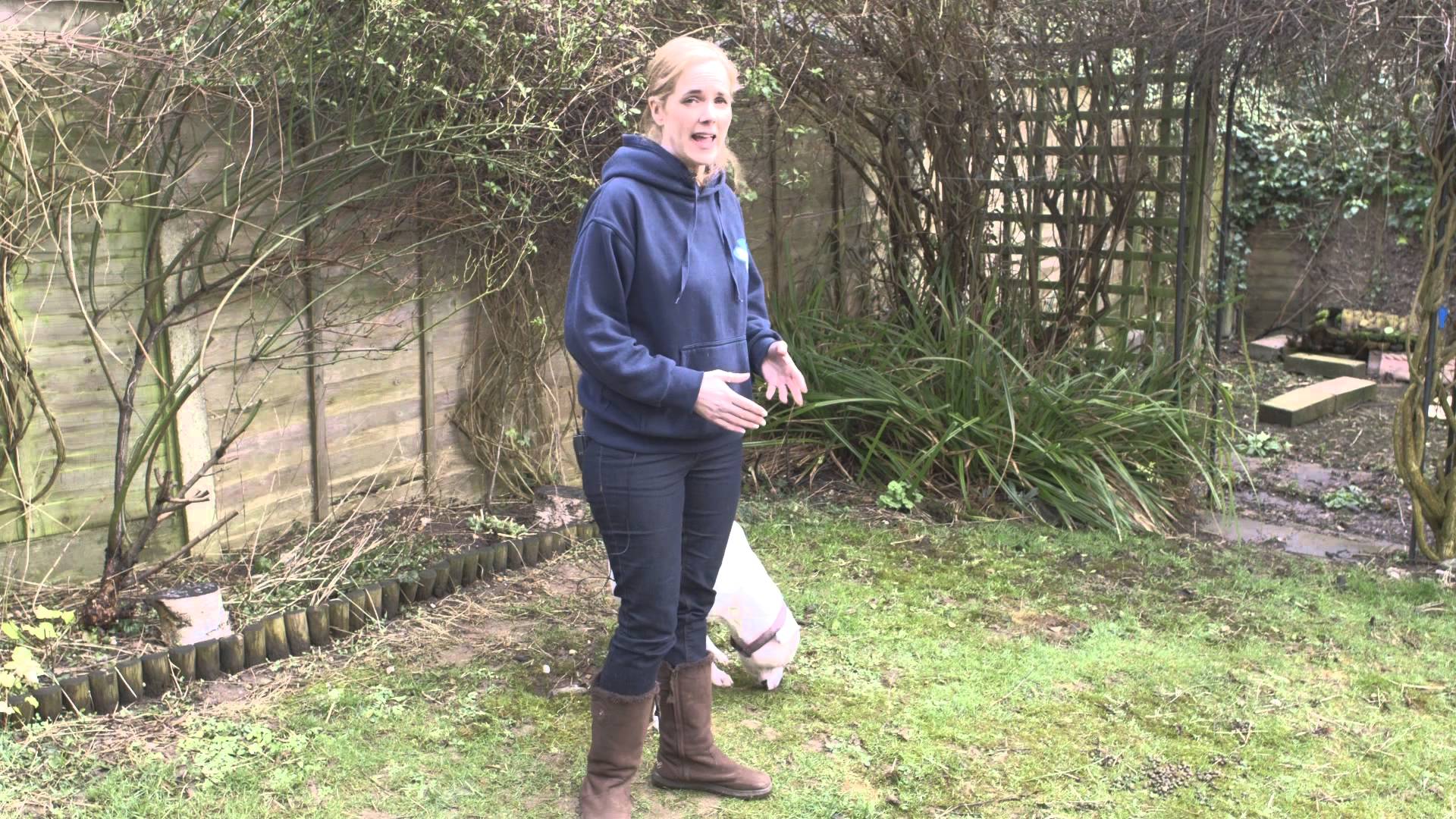 Through no fault of their own, some pet dogs reach adulthood without being fully house trained. Fortunately, with time and patience, it is possible to establish new habits and teach your dog to stay clean in the house.

Not all dogs are house trained

Although it is quite easy to house-train a puppy, things can and do go wrong with this process if it isn’t done correctly. Not everyone tries to house-train their dogs, for example if they are kennelled outside. This means that some pet dogs reach adulthood having not been fully house-trained. Luckily, in most cases, house-training an adult dog is quite simple and new habits can be taught quickly. However, it does require time and patience, and if you want your dog to do well you need to make sure you are dedicated. How long it takes depends on:

Other reasons for not being clean in the house

As well as not being house trained, there are many other reasons why a dog will go to the toilet in the house. Some of these are:

Symptoms of lack of house training

Usually just a few areas in the house are used as the toilet. These are usually near the exit or entry points of the rooms used and the dog will return to these sites again and again.

Usually, but not always, a dog will sneak away to go to the toilet rather than go in front of humans. Your dog may do this at any time, not just when left alone in the house. Even after a walk, your dog may come back to the house and go to the toilet.

Some dogs learn just one thing about house-training – that it is wrong to go to the toilet in the house in front of their owners. This is because they would have been scolded or punished if caught going to the loo in the house.

Puppies are often put out into the garden and left there. Once outside, a puppy that finds being alone very uncomfortable concentrates on getting back inside to their owner, rather than learning to go to the toilet outside.

Before starting the new routine

Carefully clean all areas where your dog has previously ‘been’ using a warm solution of biological washing powder (for example, a teaspoon of powder dissolved in a cup of warm water) or a specially formulated product from your vet, which will remove all traces of the smell from your house.

When you first wake up, last thing at night and very regularly during the day, take your dog outside to a place in your garden that you have chosen. Put soiled newspaper or faeces in this area as the smell will help your dog to know where to go to the toilet. Let your dog walk up and down or run about and sniff the area (both exercise and sniffing help stimulate going to the loo).

Avoid playing exciting games in the garden during this process, as this is likely to distract your dog from the main purpose of going outside! If they want to come back inside straight away, or look confused, patiently walk up and down slowly to encourage them to move about and sniff the ground. Stay outside with your dog until they have done their business at which point you can give gentle praise.

If they still haven’t gone to the toilet after five minutes, come back inside the house, but keep a very close eye on them. Repeat this process 20 minutes later (and 20 minutes after that if they still haven’t gone) and hopefully your dog will eventually toilet in the right place. Set aside lots of time for this and be prepared for several visits to the garden at first as this is a new routine your dog will have to learn. Be patient and your persistence will eventually pay off!

Between trips to the garden, supervise your dog when in the house. This means keeping your dog in view at all times and being aware of what they are doing – this is especially important in the first two weeks of this training. Pay particular attention to the times after your dog has eaten, woken up or after periods of excitement, such as play.

Signs to look for

Watch for the typical signs that your dog needs to go to the toilet – these may include sniffing the floor, circling, looking restless or going into a room they have previously toileted in. Take your dog immediately to your chosen place in the garden and wait patiently until they have done their business and praise gently. 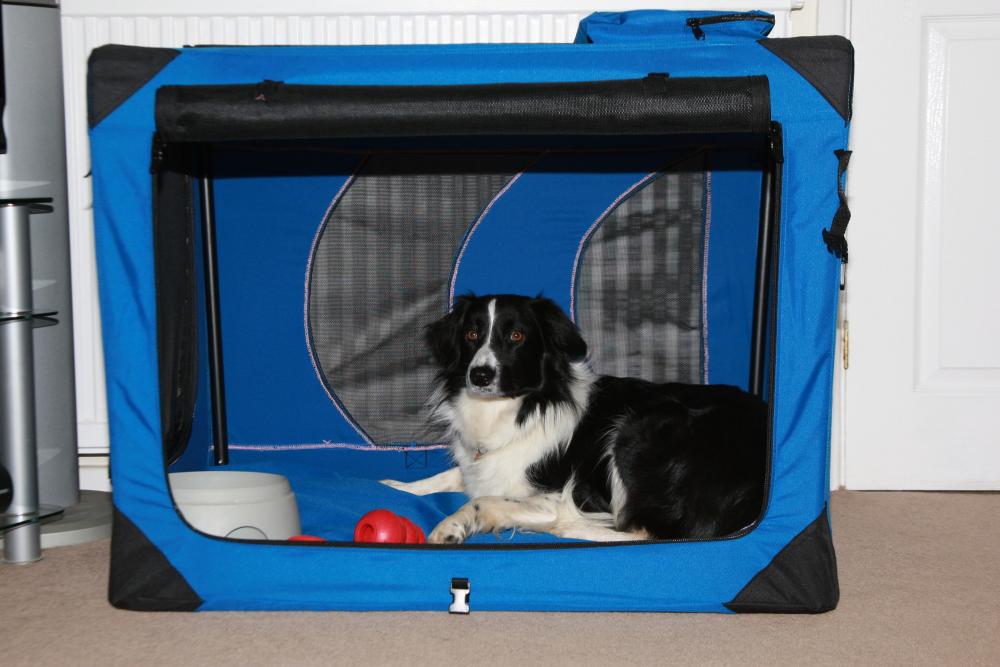 Dog crates are a fantastic tool to use during this process if used correctly. Dogs rarely soil their own beds and if your dog is used to a crate, you can pop them in there for short periods when you cannot directly supervise or have to concentrate on other things. If your dog isn’t used to a dog crate, refer to our ‘indoor kennel’ leaflet to help them get used to being left in there for short periods of time. It’s important to help them feel comfortable, otherwise they may become distressed which can lead to toileting.

When you cannot supervise directly

When you go out

During the initial stages of this training, it’s best not to leave your dog alone at all - ideally you should wait until their new toileting habits are well established.
If you do have to go out and it is for less than two hours, you could leave your dog in the dog crate, but only if you know they will be able to cope with this. Make sure your dog has had the chance to exercise and go to the toilet before you leave them. If you will be out for longer than this, leave your dog in one room only, preferably one that is easy to clean, should there be any ‘accidents’. You could leave out some paper for dog to toilet on should they need to go, or cover the area with a large sheet of polythene. While this won’t teach your dog where you would like them to go to the toilet, it will make any mess easier to clean up and stops the area becoming soiled.

Most adult dogs will sleep during the night and won’t need to go to the toilet. However, some may still need to go, especially if they haven’t got the hang of doing their business outside yet.

The easiest solution is to put your dog’s bed or crate either in your bedroom or nearby. If they are outside the bedroom, leave your bedroom door open so that if your dog wakes up and needs to go during the night, you will hear whining or moving around. Get up and calmly take your dog outside, following the daytime routine. Put your dog back to bed quietly when you come back in. At night, it is especially important not to excite your dog in anyway as you don’t want them to learn that going out into the garden in the early hours is ‘fun’!

If you are unable to have your dog near your bedroom and you are waking up to a few accidents, then you will have to set an alarm clock and experiment with the time in which to get up to see if you can coincide it with the time in which your dog needs to go. Although this sounds like a lot of sleepless nights for you, it shouldn’t last for long, only until new habits have been established.

If you find a puddle or mess

It’s important not to punish your dog for any ‘accidents’ discovered too late. You may feel angry or frustrated, but dogs are unable to associate your feelings of annoyance with something that happened in the past or when you were not there, so it won’t teach them anything constructive. Instead it’s likely to make things worse as your dog will become even more anxious about your return home (as they will begin to anticipate a telling off), which may cause even more toileting indoors. If your dog has gone to the toilet– greet them in the normal happy way before cleaning up any mess.

“He knows he has done wrong!”

Some owners say: “He knows he has done wrong, because he looks guilty”. In fact, this look is known as ‘appeasement’ behaviour – shown because the dog feels worried.

Appeasement behaviour can look like guilt to us and we often mistakenly believe the dog knows what they have done is wrong. We then think that any mess in the house has been done on purpose or because the dog is too lazy to go outside.

Unfortunately, this means that we are likely to punish more as a result.

Dogs that look guilty are doing nothing more than responding to an owner’s disappointment, upset or anger and it is their way of diffusing tension in response to feeling threatened. Some dogs will also do this if they anticipate being told off if they have been so frequently in the past. If you do see your dog respond in this way, it is important to be consistent when you get home and greet them in a calm and happy way.

You need to continue with this routine for at least two weeks, although some dogs may need extra time and help. During this process, your dog learns about getting praise for going to the toilet outside and, since they don’t have the chance to go inside, they will get into the habit of going outside instead. Throughout the first few weeks and for a while afterwards, continue to go out with your pet to the garden in order to praise them until your dog knows exactly what to do.

After two weeks of the above routine, gradually increase the time between visits to the garden. Your dog will eventually want to go to the toilet at a time other than the one you choose. At this time, your dog will probably become more active or may wander over to the door. Watch for a change in their behaviour and take them out quickly. Gradually, as you start to recognise the signs that mean your dog needs to go, you can relax your supervision in the house. Some dogs may need reminding regularly (especially those who have a history of house-soiling), so make sure you give them plenty of opportunities to relieve themselves outside.

House-training will happen more easily if you keep to the same routine of feeding and exercising each day.

Although housetraining a dog can be hard work and tiring - be patient and consistent, and all your efforts should pay off!

Health, Out and about

How to stop your dog barking

Essentials, Getting a dog

Laws that all dog owners need to know